Real Help... Right Here... Right Now... For families that need it most.

History of Our Kids Count-

Our Kids Count is a community-based program that works with families to promote the healthy development of young children.  Our Kids Count, or OKC as it is more commonly referred as, is a project that uses a community development approach to build stronger, more caring communities in which young children may grow to their full potential.  The community development approach used by OKC is a process whereby families are involved in all aspects of the project from defining needs, concerns and strengths of the community, planning activities and assessing their worth.

It is our belief that this project provides the opportunities for families to share, learn and build bonds with other parents, have time to focus the opportunities for themselves and grow in their self-esteem.  We believe that helping parents to care for themselves enables them to care better for their children and at the same time, be strong contributors to the community.

In the fall of 1994, a group of agency representatives who had worked diligently for over 5 years submitting proposals to the Federal government was finally rewarded with Community Action Program for Children (CAPC) program dollars. By January 1995, the program manager was hired and the community development process began in County park. The Steering Committee established some long and short term goals for the project, Coalition members were interviewed for their input and with our first planning team, participants were asked to help to lay the groundwork for OKC. In the fall of 1995, work began in Academy using an apartment in Academy Towers.

In 1996-97, Breastfeeding Connection began, many partnerships were developed and staff continued to grow. Along with our community partners, we were recipients of the Trillium Caring Communities Award in County Park.

In the spring of 1997, we joined Confederation College, Children and Family Centre’s Family Resource Program in Westfort and have continued to this day even after the college moved out. We formed a partnership with the Kiwanis Club of Westfort who continue to support our programming in this space.

We began working with a number of community partners and opened a new space in the June Lendrum Building on Pearl Street in June 2006. Programming continued at County Park until March 2007 at which time we turned the space over to the Indigenous Friendship Centre.

Due to low participation numbers and no increase in funding, we moved out of the Academy space in August 2008.

As a result of our strategic planning, in June 2009, we began a new partnership with a local business owner, John Trevisanutto and work began to move into a new location at 704 McKenzie Street where we are presently located.

Over a four month period, extensive consultation was conducted with a broad range of contacts including direct service providers, school principals, faith groups, food banks, shelters, health centers, family support programs as well as community leaders.  Discussion and contact with the aforementioned centered on the fact that although people have access to food banks and may participate in the occasional community kitchen, they may not have access to a safe facility to prepare and store meals.

In keeping with our own strategic plan, it was decided that Our Kids Count would focus on four key areas:  food security, young parents, pre/post natal programs and home visiting. The offer to move into this building and support the creation of “A Kitchen for our Community” was a perfect fit and plans began for OKC to relocate to this location. As a result of our Building Campaign, we were able to open our new site in March 2012. The programming began with March Break Community Kitchens for children ages 5-12.  24 children participated in our first program and we have not stopped since.

Our Kids Count continues to partner with many organizations to ensure that families and individuals can receive the support they are looking for.  No one can do it all, but together we can accomplish great things. 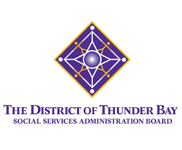